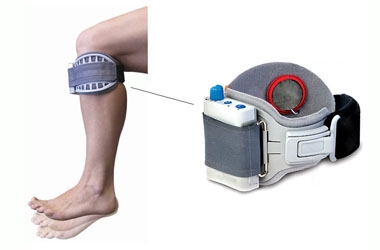 Functional Electrical Stimulation, known as FES, is a therapeutic approach that uses a small electrical device to produce electrical currents and stimulate the peripheral nerve by means of adhesive electrodes placed on the skin. The applied electrical stimulus produced a muscular contraction that will help in the execution of the proposed task and therefore it is said “functional”.

Example: while walking, I use an electrical device that produces muscle contraction in the foot so that it rises from the ground at the moment of taking the step

This example is quite common among neurological patients, the equine foot due to nervous system injuries such as stroke and cranio-encephalic trauma. But it is among patients with spinal cord injury and multiple sclerosis that this device can act more significantly in reeducation and correction of gait.

In 2017, colleagues from Belgrade have published a study on the introduction of these devices in the therapy of hemiplegic patients by stroke. The aim of the study was to assess the additional effects that the introduction of Functional Electrical Stimulation could bring in the sessions of physiotherapy, especially in the aspects related to the rehabilitation of the march of hemiplegic patients by stroke. Although the study has only sixteen patients, they have observed that the eight patients who performed sessions of 30 minutes of walking with Functional Electrical Stimulation in addition to physiotherapy, improved the speed of walking, compared with the other eight patients they only performed physiotherapy. Apart from this change, other small changes have been observed in the way of running, mobility and autonomy in the activities of daily life.